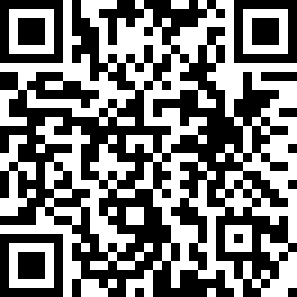 Trenbolone Enanthate    150mg in oil base

Trenbolone enanthate, known by the nickname Trenabol, is a synthetic and injected anabolic–androgenic steroid (AAS) and a derivative of nandrolone .It is the C17β enanthate ester and a long-acting prodrug of trenbolone.

Beyond the structural nature of Trenbolone, Trenbolone Enanthate carries the Enanthate (enanthoic acid) ester. The ester does not affect the Trenbolone hormone. This version will not create a more or less powerful Tren compound or change any of the traits of the hormone. It will, however, affect the hormone’s release time post injection, which will be much slower than the Acetate version. It will carry a longer half-life similar to Testosterone Enanthate. The Enanthate ester attached will also affect the compounds concentrated potency. On a milligram for milligram basis, Trenbolone Acetate is stronger than Trenbolone Enanthate due to the Enanthate ester taking up more mass in the compound. With the Acetate version, the Acetate ester is small, therefore takes up less mass in the total compound. However, total dosing can be adjusted with either form, which will enable you to receive the same amount of active Trenbolone with any form you choose.

Trenbolone Enanthate carries with it several primary anabolic steroidal traits that make it one of the most versatile and powerful anabolic steroids of all time. Many of the traits are very similar to numerous anabolic steroids. However, the Trenbolone hormone simply carries them at a rate of power far beyond and above most others. When we consider this rate of power alongside its lacking of aromatase activity, which we will go over in the side effects section, this makes it an even more valuable hormone. All in all, Trenbolone Enanthate carries seven primary functional traits that are worthy of mention and largely define the hormone’s mode of action. The traits include the following:

Protein is the primary building block of muscle. It is not the only important factor but it is primary. Protein synthesis refers to the rate by which cells build proteins and as synthesis is increased more is available for work and production. This increases the body’s anabolic atmosphere, and also greatly improves the overall rate of recovery, which is essential to total progress. This is not only important during periods of growth, but essential to periods of weight loss in a preservation capacity. We will find all the primary functional traits of Trenbolone Enanthate to be equally important and valuable in bulking and cutting phases.

All lean muscle tissue is comprised of approximately 16% nitrogen. As nitrogen levels fall, this can lead to a catabolic (muscle wasting) state. The more nitrogen we retain the more anabolic we remain. Again, the anabolic atmosphere is enhanced, recovery is improved and progress enjoyed.

Red blood cells are responsible for carrying oxygen to and through the blood. As red blood cell count increases, this increases blood oxygenation levels. With greater blood oxygenation, this greatly improves muscular endurance. It will also promote more efficient muscular recovery and even play a role in a direct conditioning sense of a visual nature.

Insulin-Like Growth Factor-1 (IGF-1) is a powerful protein hormone of the peptide class that is primarily produced by the liver. The hormone plays an integral role with Human Growth Hormone (HGH) in a regulation sense and is extremely anabolic. It is also essential to recovery and our body’s ability to rejuvenate. So important, IGF-1 actually affects nearly every cell in the human body from muscle tissue, ligaments and tendons, cartilage, bone, the central nervous system and even affects our lungs to a degree.

Glucocorticoid hormones are essential to our health but only in minimal levels. These are muscle wasting and fat promoting hormones and while important to our immune system can bring havoc to the body when found in abundance. Hard training, and even more so when coupled with hard dieting can greatly increase in amount, cortisol being primary and the most well know. Trenbolone Enanthate will ensure levels are kept to a minimum state, in turn ensuring the powerful anabolic atmosphere is maintained.

Most all anabolic androgenic steroids will promote a stronger and more powerful metabolism. However, steroids that bind firmly to the androgen receptor have been linked to the promotion of direct lipolysis (fat loss). Trenbolone Enanthate can actually help you directly burn body fat. As we will later see, this is actually very beneficial during off-season periods of growth, as well as periods of cutting.

According to above functional traits of Trenbolone Enanthate are enough to make this a very powerful and beneficial anabolic steroid. However, its ability to increase or enhance feed efficiency, often referred to as nutrient efficiency is what truly makes the Trenbolone hormone the greatest anabolic steroid of all time. By supplementing with Trenbolone Enanthate, each and every nutrient we consume becomes more valuable. We are now able to make better use of every last gram of fat, protein and carbohydrates we consume. Without a hormone like Tren, the body can only utilize each nutrient to a certain degree. This will vary depending on the precise food in question, but each nutrient will never be utilized fully. With Tren, the utilization is enhanced, the same total caloric intake becomes more valuable and more progress is made. This is the very reason Trenbolone is given to livestock before slaughter.

Trenbolone Enanthate is not estrogenic in that it does not aromatize. There is no testosterone to estrogen conversion with this hormone making water retention impossible due to use. However, the hormone does carry a strong progestin nature, which can make gynecomastia a concern, especially in sensitive individuals. When combined with the use of an aromatizing steroid, this appears to increase the risk. Progesterone has the ability to stimulate the estrogenic mechanism in the mammary tissue, which in turn can promote gynecomastia. In order to combat this issue, some men will need an anti-estrogen.

When it comes to Tren produced gynecomastia, there has been a prevailing myth that has been passed around message boards for years. The myth simply states that it’s the possible prolactin buildup caused by Trenbolone that leads to gynecomastia, but this simply isn’t true. William Llewellyn has largely dispelled this myth showing the intrinsic relationship between estrogen and progesterone imbalances and their effects on the mammary tissue. In his Anabolics series, you will find he goes into great detail explaining this issue.

Trenbolone Enanthate is highly androgenic, which can lead to acne, accelerated hair loss in those predisposed to male pattern baldness and body hair growth. The androgenic side effects of Trenbolone are, however, highly dependent on genetic predispositions. If you are not predisposed to male pattern baldness, losing any hair will be impossible. If you are not normally acne sensitive, the odds of any related problem during use is unlikely.

Those who are sensitive to the androgenic side effects of Trenbolone Enanthate will often attempt to combat them with a 5-alpha reductase inhibitor. This is very common and is also a waste of time. Such inhibitors, Finasteride being primary, are commonly used to reduce the androgenicity of a steroid that is brought on by a reduction of testosterone to dihydrotestosterone (DHT). This is all caused by the hormone being metabolized by the 5-alpha reductase enzyme, but Trenbolone is not metabolized by this enzyme. As a result, the use of any related inhibitor will have very little to no affect on the hormone’s androgenicity.

Trenbolone E should be administered by deep intramascular injection