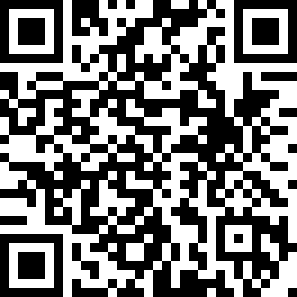 Stanazolol 50 mg in water base

Stanozolol, also known as 17α-methyl-2'H-androst-2-eno[3,2-c]pyrazol-17β-ol, is a synthetic 17α-alkylated androstane steroid and a derivative of 5α-dihydrotestosterone (DHT) with a methyl group at the C17α position and a pyrazole ring attached to the A ring of the steroid nucleus.

Stanozolol is a synthetic anabolic steroid with therapeutic uses in treating C1-inhibitor deficient hereditary angioedema. C1-inhibitor is a protease that inhibits the complement system (part of the innate immune system), a biochemical chain of reactions which assists the body in removing pathogens from the body. Stanozolol may help control attacks of hereditary angioedema. Stanozolol can be administered orally or intramuscularly

Stanozolol is not an anabolic steroid most would label as a “bulking steroid” despite it being used to combat muscle wasting diseases. For the athlete that’s looking to bulk this isn’t a great choice. Some athletes will use it in an off-season bulking phase for the strong reduction in SHBG it can bring so that other hormones are more effective, but this isn’t a very smart practice. Stanozolol isn’t what we’d call the most dangerous steroid by any means, but it’s not the most side effect friendly either. Use is best saved for when the hormone will provide the most advantages.

Important Note: Female off-season use can be more effective than male off-season use as women are more sensitive to the hormone and can get more out of it. However, there are better off-season options for most women and they too will find it better saved for other periods of use.

It’s hard to say if cutting or athletic use is the best use for Stanozolol as it can be very effective for both. This is a steroid that has the ability to significantly increase strength and without a lot of weight gain. This makes it an excellent steroid for many athletes. Strength doesn’t just mean power but can mean both power and speed, and power and speed is the name of the game for many athletes. Stanozolol has also been shown to have a positive impact on tendon strength as well as bone strength (remember it’s used to treat osteoporosis). There are those who complain about achy joints when using Stanozolol and some say those in explosive sports shouldn’t use it for that reason, but proper training, a proper diet and supplementation plan and proper use make this a very easy issue to avoid. If it were such a severe issue this wouldn’t be a steroid that has been and is continually found in nearly every sport across the globe.

Important Note: The joint pain sometimes associated with Stanozolol is most commonly by those who use it in a cutting cycle, particularly bodybuilders and hardcore gym rats. The steroid will most often show up in a cutting cycle at the end of the cycle when the individual is already lean and dryer than normal. When we’re extremely lean and dry it’s not uncommon for our joints to ache, especially when we’re training vigorously. Some bodybuilders and some athletes will use a low dose of Nandrolone to help combat the achy joints during this phase.

We’re then left with cutting use itself. Stanozolol is one of the best choices for a cutting cycle as it will produce a harder and more defined look. This look will not appear if you’re not already lean but will make a lean physique look even better. It’s also a great item for preserving strength that’s often lost when hard dieting is at hand. Hard dieting that is necessarily accompanied by low caloric intake will often result in strength loss and Stanozolol can help reduce this loss. It’s also a great steroid for preserving lean mass that is often lost for the same reasons strength is diminished. We cannot say Stanozolol is the best steroid for this purpose, but it plays a part and is a welcomed addition to an overall cutting plan

Stanozolol has the ability to significantly reduce Sex-Hormone-Binding-Globulin (SHGB). In fact, data has shown Stanozolol can reduce SHBG by as much as 50% making it one of the most effective medications available for such a function. SHBG is one of the primary factors that determine how much testosterone in the body is free or bound; higher SHBG means less free testosterone, which represents our active and usable testosterone. When SHBG is lowered more testosterone is available for use. Equally important for the steroid user is that other steroids that may be used are more effective when SHBG is lower.

All muscle tissue is comprised of 16% nitrogen and when adequate amounts are not retained we enter into a catabolic (muscle wasting) state. Higher rates of nitrogen retention results in a greater anabolic (muscle building) state.

Glucocorticoids (stress hormones) often referred to as muscle wasting hormones (cortisol is the most well known) promote fat gain and muscle loss. Stanozolol inhibits glucocorticoids. It will not remove all from your body and you do need some for health reasons, but too much can be problematic. The reduction in glucocorticoids by Stanozolol is not as significant as many other anabolic steroids, but it’s still a trait the steroid possesses.

There are several possible side effects of Stanozolol that must be addressed. This is not what we’d call a horrible steroid in terms of side effects, but it can promote several negative reactions if it is not properly used. Many of the possible side effects, particularly the severity will revolve around genetic response. Some people respond better to certain things than others. This is a genetic fact of life that holds true with Stanozolol and truly anything we put into our body steroid or not. In order for you to understand the side effects of Stanozolol we have broken them down into their respective categories below.

Stanozolol does not aromatize and is not a progestin. Estrogenic side effects like gynecomastia and water retention are impossible with this anabolic steroid.

Androgenic side effects of Stanozolol are possible and highly dependent on genetic predispositions. Stanozolol is well known for promoting hair loss, but can only do so in men predisposed to male pattern baldness. If you are not predisposed you will not lose any hair. If you are predisposed you were going to lose the hair anyway but the use of Stanozolol may speed it up. Acne is another possible side effect of Stanozolol but typically only in those who are acne sensitive to begin with. There are exceptions but they are not common. Acne will most commonly appear on the back, shoulders and chest. If this is an issue for the individual the best thing to do is to stay clean and dry at all times. When you sweat immediately take a shower or at minimum change into a clean, dry shirt and shower when you can.

Important Note: The use of a 5-alpha reductase inhibitor to combat androgenic side effects will not work with Stanozolol. Such inhibitors work by preventing the reduction of testosterone to DHT. In the case of Stanozolol it is already DHT and there is no reduction to inhibit.

Stanazolol should be administered by deep intramascular injection It is must commonly used at a dosage of (100 to 300 mg) in two or three times weekly or as directed by the physician.